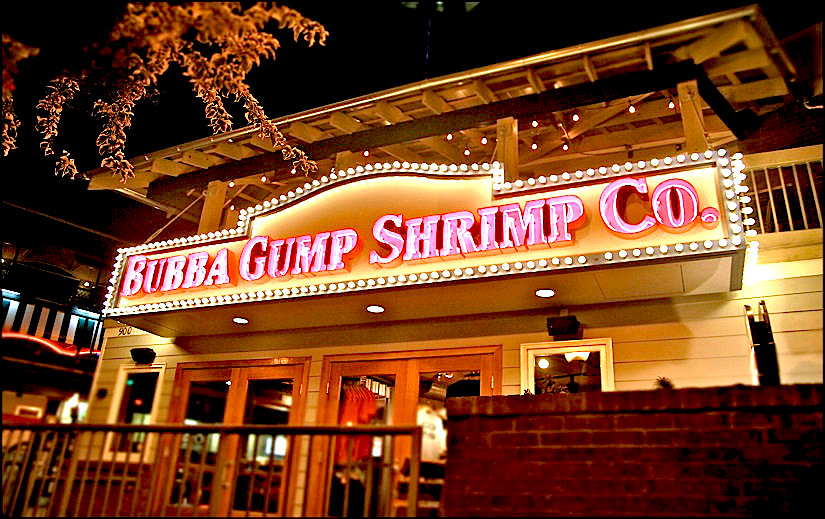 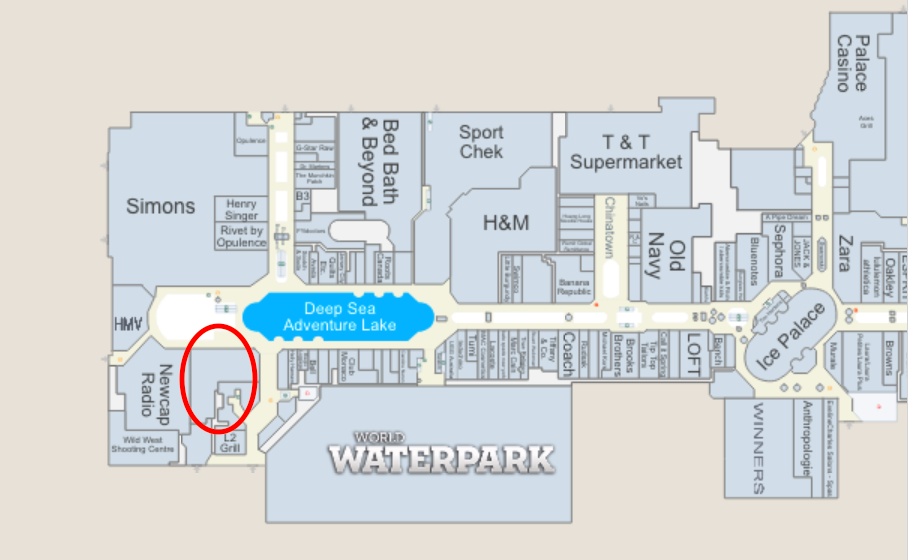 Bubba Gump Shrimp will be strategically located adjacent to the Fantasyland Hotel, the Scotiabank Theatre (including IMAX 3D) as well as the World Waterpark and other attractions. West Edmonton Mall was chosen after the company saw considerable success with its location at sister centre Mall of America in suburban Minneapolis. Both malls are owned and operated by Triple Five Group.

Bubba Gump Shrimp Company is a seafood restaurant chain inspired by the 1994 film Forest Gump. The company’s parent company is Viacom, owner of Paramount Pictures, and distributor of Forest Gump. The company operates 43 restaurant locations, with 29 of them being in the United States. Bubba Gump also operates restaurants in Mexico, Malaysia, Japan, London UK, Hong Kong, Indonesia, the Marianas, and the Philippines.

Cheesecake Factory Opens November 21 at Yorkdale: Full-sized restaurants in malls are more common than ever, as top shopping centres position themselves as social gathering places. On November 21, as well, Cheesecake Factory will open its first Canadian restaurant location at Toronto’s Yorkdale Shopping Centre.

***Free E-Book for Retailers re: Barcoding Systems: Retail Insider is distributing a free, six-page e-book created by experts that discusses the challenges that retailers face with barcoding systems. It’s brief and to the point.

Fill in all of the fields in the form at this link, and we’ll email it to you.***

Rocky Mountain Soap Company worked closely with Canadian architect firm McKinley Burkart to compile a “Red List” which details any harmful or toxic materials or chemicals that were not to be used in the build of the store — re-claimed, re-used, recyclable or compostable materials were used where possible.

There are now 11 Rocky Mountain Soap Company locations in Western Canada including one in Canmore and Banff, four in Calgary, two in Edmonton, two in Vancouver, as well as a location in Winnipeg. The company also has an ecommerce site: rockymountainsoap.com. Oberfeld Snowcap represents Rocky Mountain Soap as brokerage in Canada. 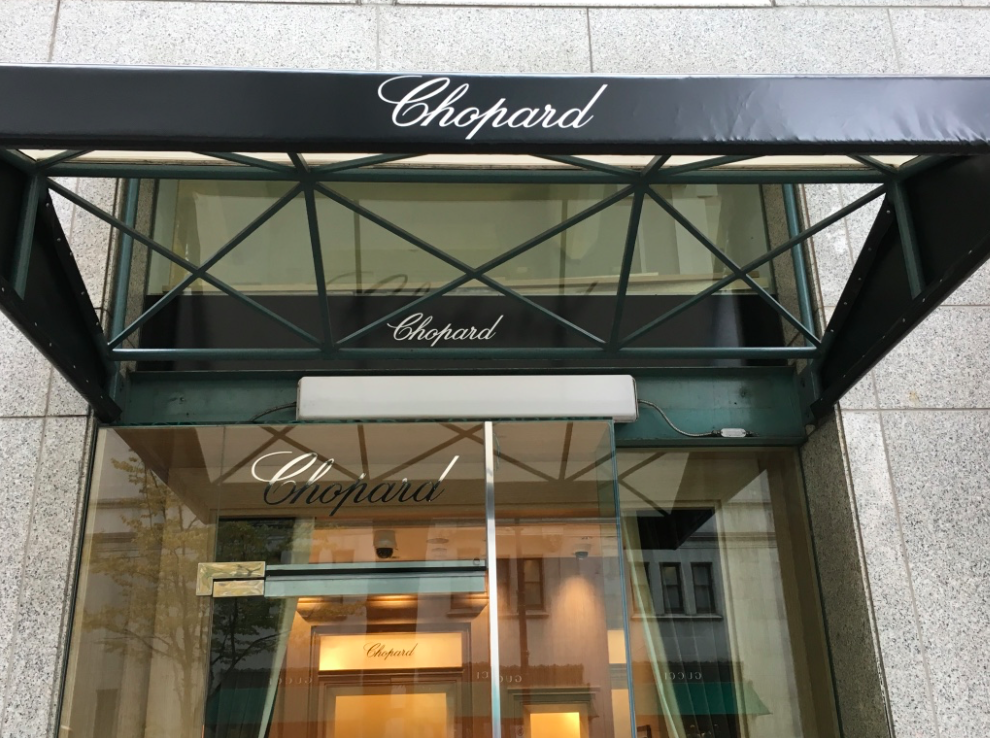 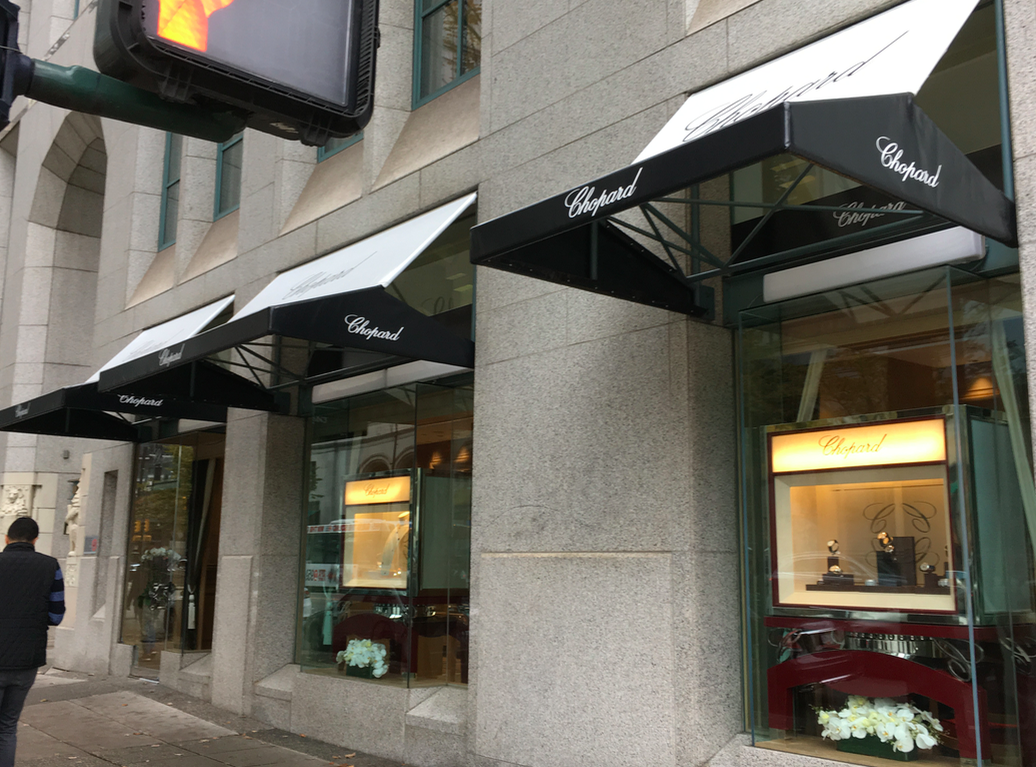 Chopard Opens in Vancouver’s Luxury Zone: Swiss luxury watchmaker and jewellery brand Chopard has opened a boutique in Vancouver. The street-front location is at 925 W. Georgia Street in Cathedral Place, next to Black Goat Cashmere and across the street from the Fairmont Hotel Vancouver that houses Gucci, Dior and Louis Vuitton stores.

North America’s Largest Rolex Flagship to Expand: Vancouver’s 2,750 square foot Rolex store at 1119 Alberni Street in the base of the Shangri-La Hotel will expand by annexing a retail space formerly housing the Bombay Brow Bar. The Rolex Boutique opened in September of 2016 and is operated by Global Watch Company. CBRE Vancouver‘s Martin Moriarty and Mario Negris negotiated the deal.

Richemont’s watch brand Panerai also recently opened a boutique at 1008 Alberni Street, and it will soon be joined by locations for Richemont’s Van Cleef & Arpels and IWC Schaffhausen towards the end of this year at 1069 Alberni Street (the CBRE team was also involved).

Vancouver’s ‘Luxury Zone’ is seeing an unprecedented number of luxury brands opening stores, and brokers say there’s not enough space for the demand. There’s no end in sight, as luxury brands are looking at expanding the Luxury Zone to include more of the 1100 Block of Alberni Street, as well as West Georgia Street — Stefano Ricci opened next to the Trump Tower in January of this year, and another major luxury brand will soon be announced for a prominent space closer to Burrard Street. 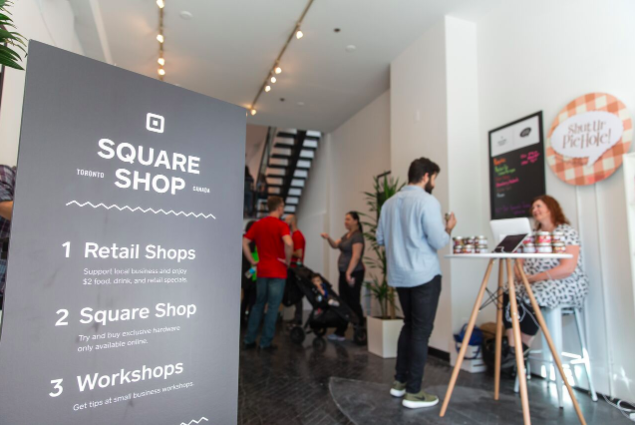 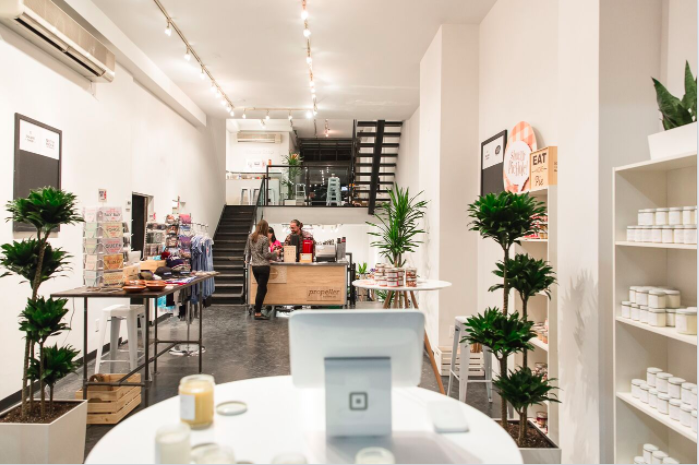 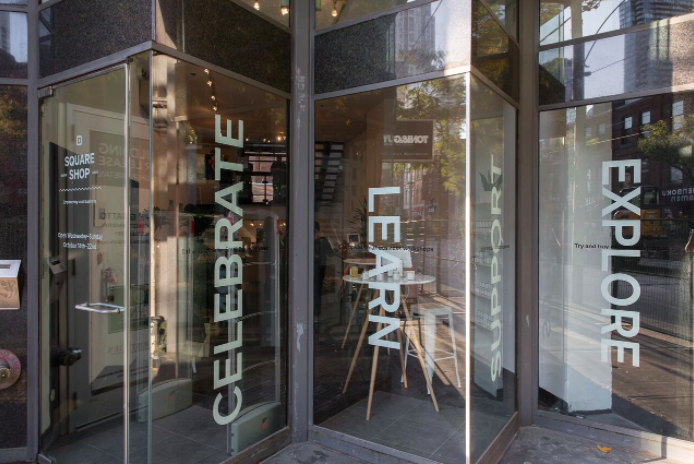 Square is also hosting educational programs in the space, which is impressive. 202 Queen Street West features three levels and over 3,000 square feet of space. For more information on 202 Queen, contact Joseph Gatto of Chestnut Park Realty at: ggatto@chestnutpark.com.

The Yorkdale flagship is only the second globally to feature a restaurant component in partnership with celebrated restaurateur Brendan Sodikoff, which includes a courtyard café that offers a seasonal, ingredient-driven menu set within sheltered gardens with towering heritage olive trees, trickling fountains and glimmering chandeliers. In addition, a pantry serves craft espresso, a curated selection of artisanal wines and craft beers, and fresh house-made doughnuts and pastries from Sodikoff’s famed Doughnut Vault in Chicago.

Sporting Life is expanding nationally — earlier this month, it opened its second Calgary store at CF Market Mall. Plans are underway for multiple locations in Vancouver and Montreal, as well as other potential markets. Brokerage Northwest Atlantic is working with Sporting Life on its national expansion.

Matt & Nat Opens 1st Outlet Location: Montreal-based eco-friendly accessory and fashion brand Matt & Nat has opened its first outlet store at Premium Outlets Montreal, with 2,300 square feet of space. It’s the 5th location for the brand, which opened its first retail store at CF Carrefour Laval near Montreal in March of 2016. The company now operates stores at Quartier DIX30 in Brossard, at Ottawa’s CF Rideau Centre, and at Mississauga’s Square One. Signage is also up for a new Matt & Nat store at Toronto’s CF Sherway Gardens, expected to open in early 2018.

According to Matt & Nat’s General Manager of Retail, Sacha Singh, more GTA locations will follow, and the company is being selective. Jay Freeman from brokerage Oberfeld Snowcap also works with Matt & Nat on its real estate negotiations.

Retail Insider will now be regularly including these briefs as part of our expanding reporting mandate. For more information, contact Editor-in-Chief Craig Patterson at: craig@retail-insider.com.

For more of today’s retail news, visit: Canadian Retail News From Around The Web: October 20, 2017