Mario Toneguzzi
Mario Toneguzzi, based in Calgary, has more than 40 years experience as a daily newspaper writer, columnist, and editor. He worked for 35 years at the Calgary Herald covering sports, crime, politics, health, faith, city and breaking news, and business. He now works on his own as a freelance writer and consultant in communications and media relations/training.

Retail employment expert Suzanne Sears, of Best Retail Careers International Inc., describes the current state of the market in Canada as an “emergency” as staff shortages continue to sabotage sales for retailers.

Canadian retailers are struggling to find talent, and that talent pool is limited and, in many instances, insufficient. This is leading to retailers retaining sub-par employees if they can find them at all.

“While retailers are focused on desperately trying to increase shopper traffic into their stores with creative new experience strategies and marketing campaigns, what is eating away at the underpinnings of increases in sales is a chronic 40-year level low of available and willing staff,” said Sears, who is retained primarily by retailers for private searches to fill roles from the Executive to Sales Clerk level.

“We’ve reached the point where the number of available jobs vastly exceeds the number of job seekers. That’s number one. And number two, the turnover rates are pretty much around 80 to 90 per cent annually. That means people are not even staying one year. If you believe that bricks and mortar retail is a service industry – because if you don’t believe that you might as well be an ecommerce provider – how do you provide that service? Everything else that you’re doing in product, innovative product, innovative attraction systems, advanced marketing, at the end of the day it comes down to that face-to-face interaction with the consumer.

“If you don’t have enough, or you don’t have the calibre that is really needed, how do you sell anything? If you’re not self-serve, if you’re not a Walmart, how do you actually sell anything with no people or not enough people? Certainly, we are seeing stores that are actually unable to open without violating provincial labour laws because they don’t even have enough people to provide for lunch breaks.”

She cited a recent IDC/Telus study showing that 47 per cent of all retailers say staffing is a significant problem, higher than 44% across other industries.

“Retail has to recreate their entire employment programs or risk losing all their investment in other great things they are doing by enhancing the entire job experience,” she said.

“There comes a time to realize that obtaining staff is a very high priority and it simply isn’t free in a talent shortage market. Firms that don’t have professional retail recruiting support will find their sales negatively trend downwards.”

She said stores are so understaffed to the level that many stores even in major malls are either not open at the posted times or are closing altogether on certain days. Lost sales are the result. Also, budgets set aside for wages go unused. That money stagnates producing nothing. And budgets for recruiting ads are going sky-high with lower and lower returns as retailers seem completely lost in how to bring new candidates forward to their teams.

The retail staffing crisis can be traced to some demographic factors. More and more Baby Boomers are retiring. Sears said Millennials will be 75 per cent of the workforce by 2025, yet they are avoiding retail or leaving as a career in droves. Many people are choosing other industries for careers.

But customers want more service while retail is delivering less and less via auto check outs, central cash outs or fewer staff. In 2018 Forbes reported on the Gladly Customer Service Expectation survey showing that 68 per cent of all customers would pay more to get great service. Sears said the same survey reports 92 per cent of consumers will stop spending with a brand that delivers poor service.

“Retailers falsely continue to believe they can source their own candidates while the time to fill rates are at a historic high and all the evidence is proving this assumption to be false. Rather like doing your own dentistry or being your own lawyer,” explained Sears.

“In fact, most retailers in Canada don’t even bother to track their time to fill rates because they don’t really grasp that empty roles generate lost productivity and lost sales.” 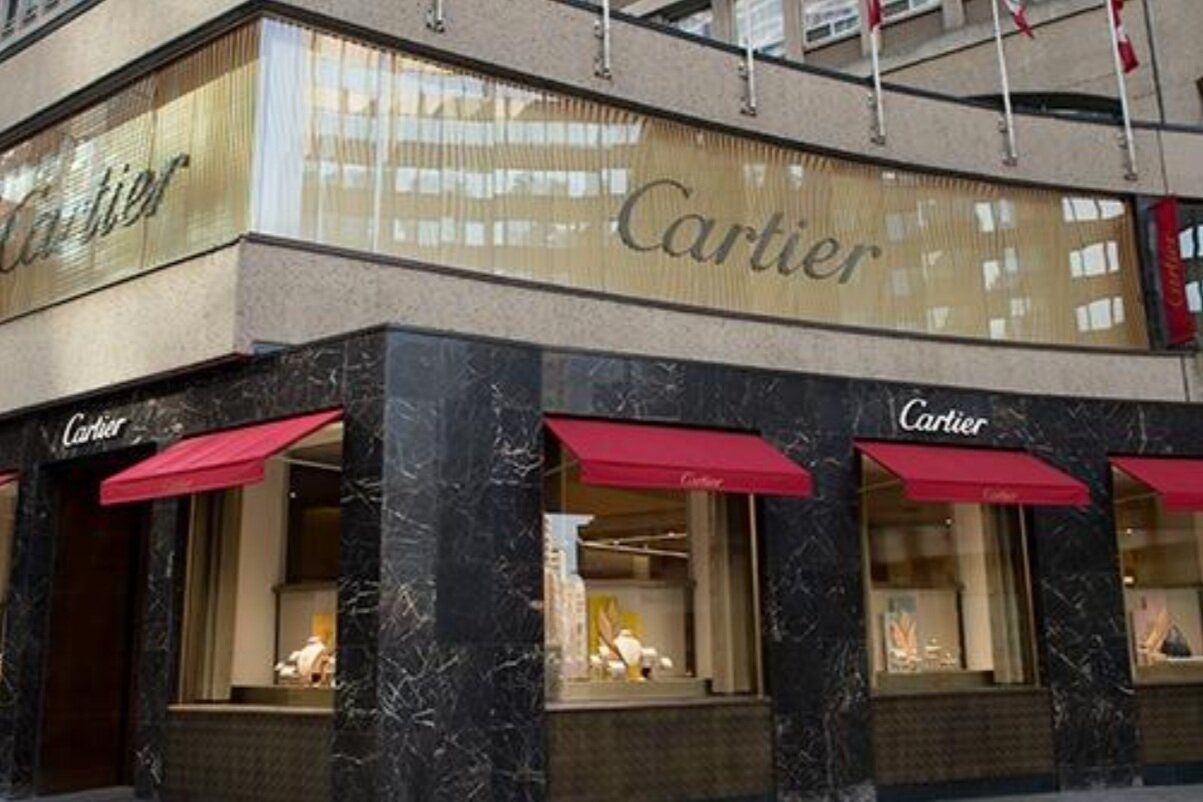 Ryan Kenny provides insights into his career at Cartier. The luxury brand is hiring this year in Canada. 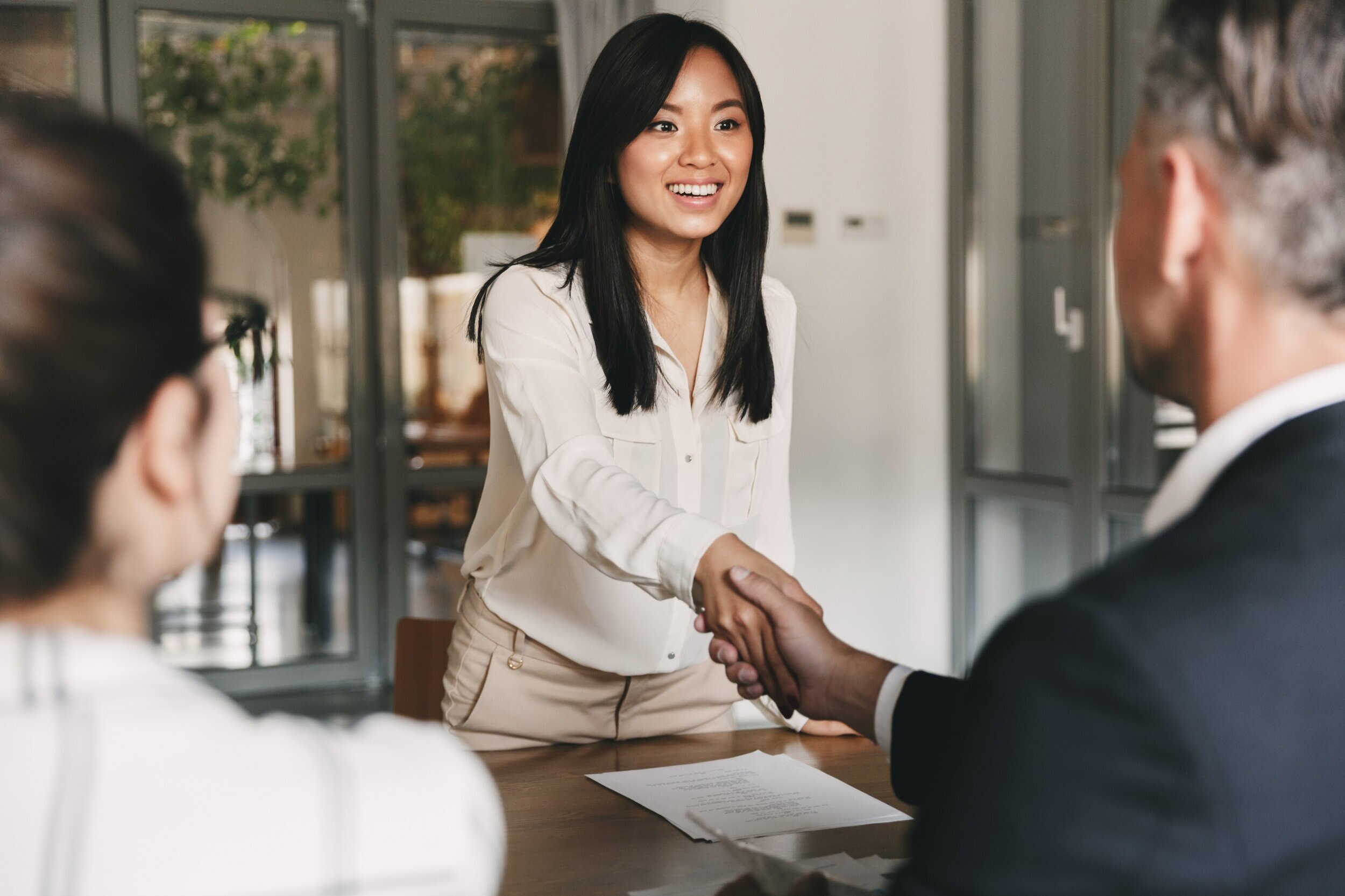 Survey: Majority of Retailers in Canada Plan to Hire this Year Amid COVID Challenges

A Retail Insider survey included some surprising and concerning results. 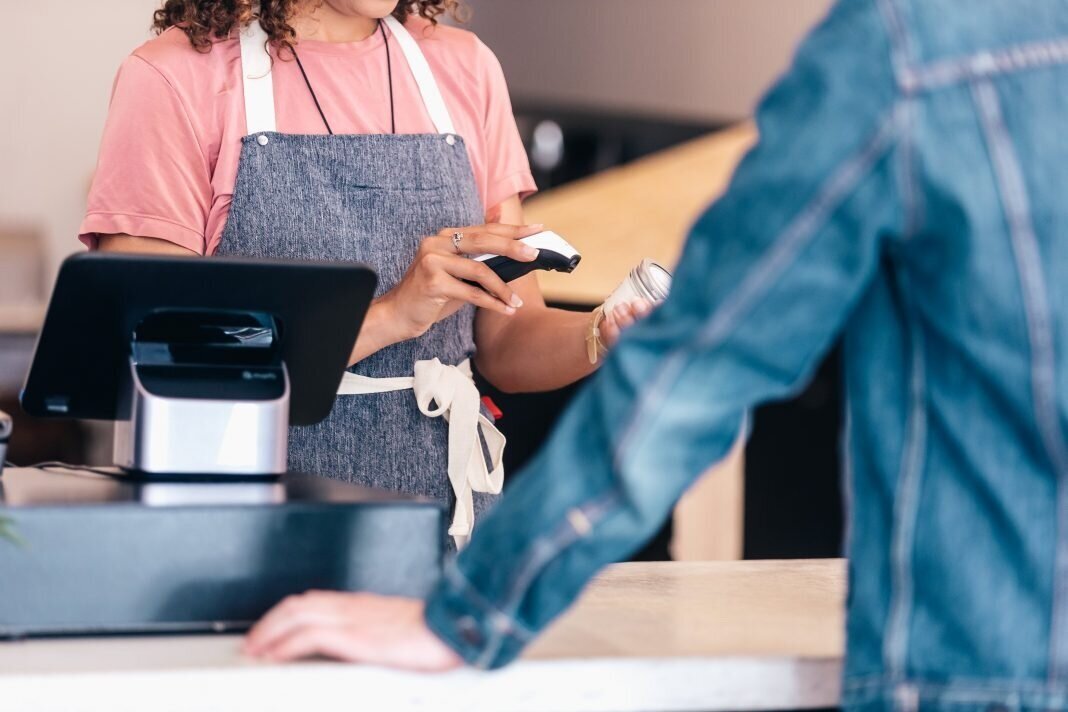 Many Retail Workers in Canada to Exit Industry Post-COVID-19 Amid Harsh Conditions: Expert

While some retailers in Canada are offering front-line workers increased pay and benefits, many are not and the outcome will be a loss of much-needed employees in years to come. 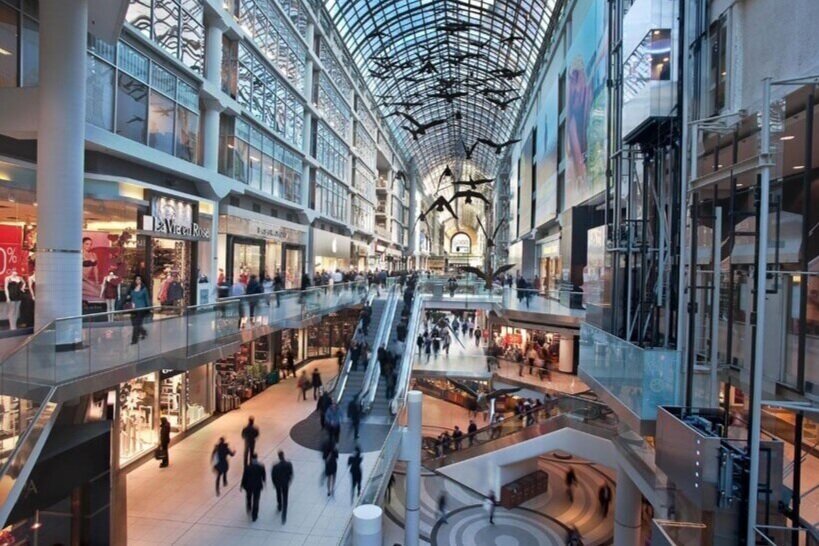 The retail industry is facing a “branding crisis” as major stores and owners of shopping centres have been slow to react in closing operations during the COVID-19 pandemic. An expert predicts that there will be significant changes which could shift staffing along with consumer behaviour with some industry segments that could collapse. 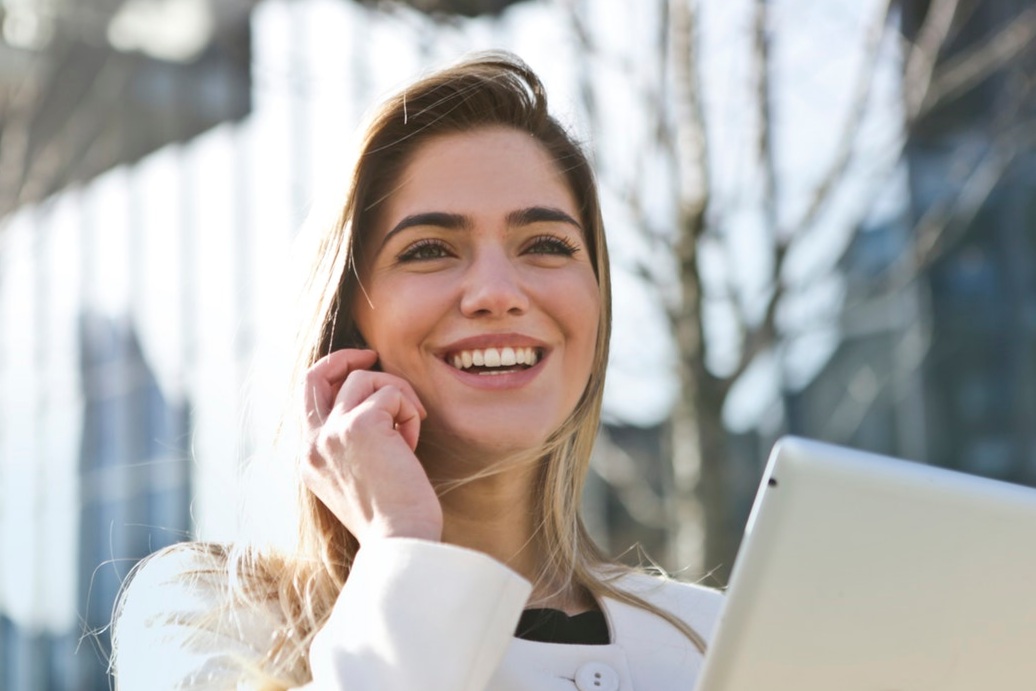 A leading Canadian recruiter, Suzanne Sears, is seeing success after launching a membership-based service several months ago that saves retailers and landlords time while also being considerably less costly than traditional recruiting. 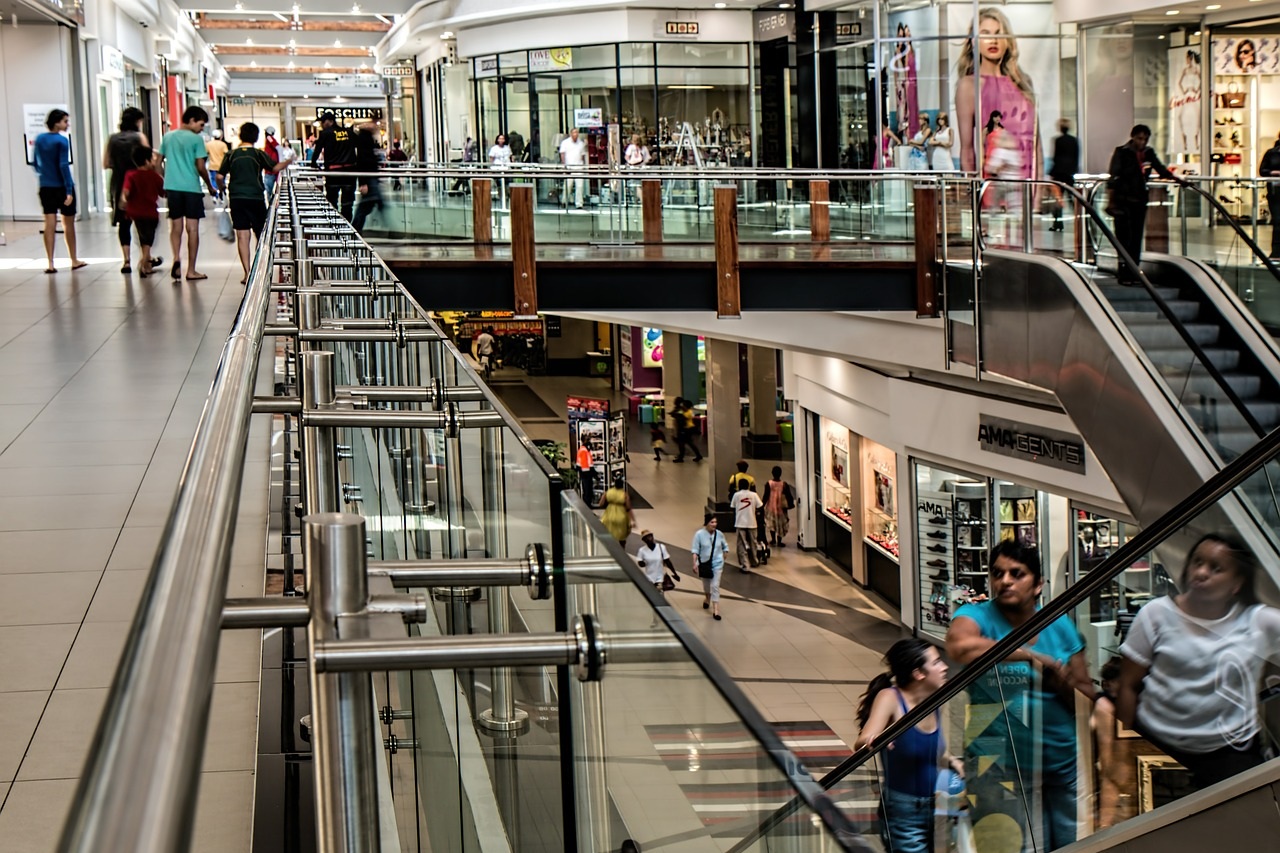 An industry expert explained how some retailers are sabotaging their operations and with record-low unemployment, it could get worse. 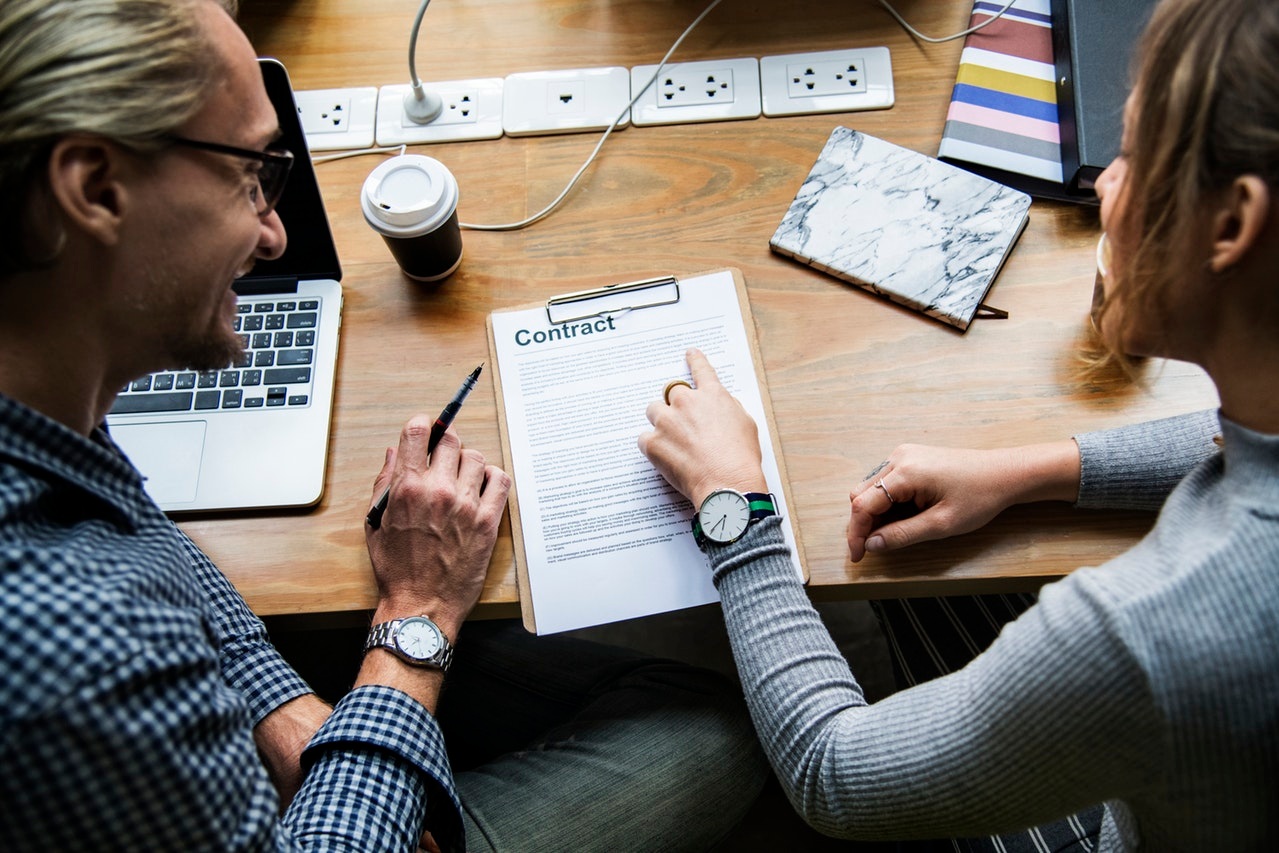 A prominent industry professional explains how the Canadian retail industry is at a crossroads. Cuts to the retail industry over the past decade, coupled with a change in consumers tastes, means that companies will need to find new ways to attract and retain talent or risk going under in the face of new competition.

The disruptive concept, Called Retail Staffing Canada, aims to save retailers time and money, pairs companies with qualified candidates with a hiring guarantee. 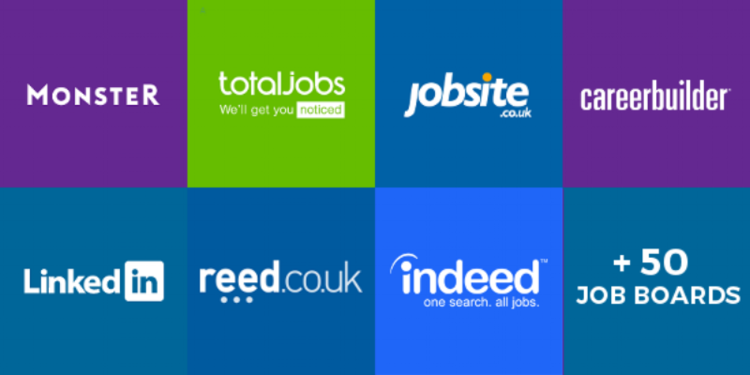 An expert Retail Recruiter discusses the challenges and pitfalls of job boards in Canada, at a challenging time for the retail industry.

So what’s the solution?

“In order to integrate millennials, who are swerving on retail as a career in massive numbers, retailers need to create a platform to land on that resonates with this demographic. This includes revamping organizational charts, doing away with ancient job descriptions and singular accountability models as well as doing away with old-school annual performance reviews. Basically nearly everything attached to the retail employee experience needs to be tossed out and reworked from scratch”.

Sears says that retail leadership at the highest levels needs to be aware of the scope of these problems. “”Lack of budget for staffing is nearly always the obstacle HR departments run into when trying to fix their staffing crisis issues. One solution is for HR departments to have funding to hire external professional consultants to create and execute new staffing strategies, as old systems no longer work. This includes using external recruiters to massively increase the number and quality of candidates brought to interview. “Free” recruiting is a myth in a shortage of labour market,” she said.

If you are a retailer who is curious to learn more about Retail Staffing Canada’s membership-based recruiting, fill in the form below and Ms. Sears will get back to you as soon as possible.

*Best Retail Careers International Inc. is a sponsor of Retail Insider. To work with Retail Insider to get the message out, email Craig Patterson at: craig@retail-insider.com.

Mario Toneguzzi, based in Calgary has 37 years of experience as a daily newspaper writer, columnist and editor. He worked for 35 years at the Calgary Herald covering sports, crime, politics, health, city and breaking news, and business. For 12 years as a business writer, his main beats were commercial and residential real estate, retail, small business and general economic news. He nows works on his own as a freelance writer and consultant in communications and media relations/training. Email: mdtoneguzzi@gmail.com.

The mall opened in 1960 with Woodward’s and Holt Renfrew as anchors. The centre has changed substantially with more to come.

Parkland also has plans for over 1,000 locations in Canada as part of a major push for the brand.

The first Business Improvement Area in the world launched in Toronto in 1970, and the concept is arguably now important than ever.