Ed Strapagielhttp://strapagiel.com/
This analysis is updated monthly as new numbers are published by Statistics Canada. If you would like notification from Linkedin of when an update becomes available (and you've read this far), please connect with Ed Strapagiel on LinkedIn.

Canadian Retail Getting Back On Track, Sort Of: Ed Strapagiel

An expert analyzes what happened in August as retail shifts due to the COVID-19 pandemic.
Read more
Main Archive

Despite a V-shaped recovery, some retail segments are still struggling in Canada according to expert analysis.
Read more
Main Archive

We may never get back to the old pre-pandemic normal he says in his monthly analysis.
Read more
Main Archive

How Canadian Retail Sales Took a Plunge in April: Strapagiel

A whopping decline was expected as stores closed for weeks, and there were winners and losers according to the industry analyst. 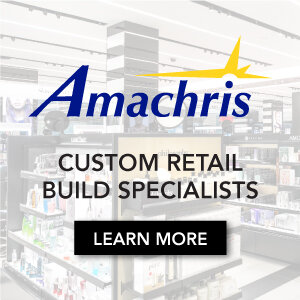 After 10 months of 2019, year-to-date Canadian retail sales were up only 1.5% versus last year on a non-seasonally adjusted basis, according to the latest numbers from Statistics Canada. At this rate, 2019 will very likely clock in as a ten year low for retail sales growth. One has to go back to 2009 and the Great Recession to find a lower number.

To put this in perspective, note that Canada’s annual population growth rate is currently about 1.4% while inflation is around 2.1%. This means retail sales should be going up by something like 3.5% just to keep pace. Actual retail sales growth however is significantly below this benchmark.

It’s also apparent that things are likely to get even worse before the year is done. For the 3 months ending October 2019, year-over-year Canadian retail sales were up a scant 0.5%, a six year low. The 3 month sales growth trend (orange line in the chart above) is still tracking below the underlying 12 month trend (green line), which will drive it down even further.

Of the major retail sectors, Automotive & Related is in the worst shape and may even end the year with a loss. Food & Drug has deteriorated significantly in the last few months. Store Merchandise appears to be the best performer, but only because the other sectors are in such poor shape.

The 3 month trend (orange line in the chart above) has weakened considerably in the second half of the year. The underlying 12 month trend (green line) is following suit, and is likely to end the year at a record low. .

Supermarkets and other grocery stores’ retail sales were up only 1.0% for the 3 months ending October 2019. While specialty food stores gained 5.5% during this period, this was more than negated by a 6.1% retail sales decline at convenience stores.

Health and personal care stores performed reasonably well for much of 2019, but things appear to have softened recently. Retail sales for the 3 months ending October 2019 were down 0.1%.

Retail sales in the Store Merchandise sector have been holding up in recent months although at relatively modest levels. For the 3 months ending October 2019, retail sales gained 2.2% and are up 2.3% on a year-to-date basis.

After a slow start to the year, the 3 month trend (orange line in the chart) has strengthened somewhat, with recent ups and downs tending to offset each other. The underlying 12 month trend (green line) has steadied and may even improve slightly going forward.

Electronics and appliance stores however continue to be a major drag on the sector. For the 3 months ending October 2019, their retail sales were down a whopping 12.5% year-over-year. Sporting goods, hobby, book and music stores were also down but by a more tolerable 2.2%. Retail sales at shoe stores and home furnishings retailers also declined in the period, by 0.2% and 0.1% respectively.

Miscellaneous store retailers had the highest sales gain among all retail types of 12.2% for the 3 months ending October 2019. This is largely due to the addition of cannabis stores a year ago, so the effect will diminish going forward. Retail sales at general merchandise stores were up 4.3% on a last 3 months basis and the same year-to-date. General merchandise retailers represent just over 1/3 of the Store Merchandise sector.

Note that Statistics Canada is now suppressing the breakdown of general merchandise stores for confidentiality reasons. The figures in the “By The Numbers” table below are estimates based on previous trends.

The Automotive & Related sector is like doing the limbo – how low can you go? Retail sales were down 0.9% year-over-year for the 3 months ending October 2019. Under current trends, their retail sales could very well be in the red by the time final numbers for 2019 are posted.

In the past, strong automobile dealers’ sales tended to offset the loss from gasoline stations, but this is no longer the case. For the 3 months ending October 2019, retail sales at auto dealers were up only a modest 0.9%.

StatsCan started providing ecommerce retail sales data in January 2016. While the amount of data is limited, some trends appear to be emerging. Here are some results.

Overall, e-commerce represented about 3.4% of total Canadian retail sales for the 12 months ending October 2019, including both pure play operators as well as the online operations of brick & mortar stores. Canadian consumers however also buy online from foreign websites which is not captured in these numbers.

Canadian e-commerce sales were up 23.8% year-over-year for the 3 months ending October 2019. This was much higher than for location based retail which gained just 0.5%. 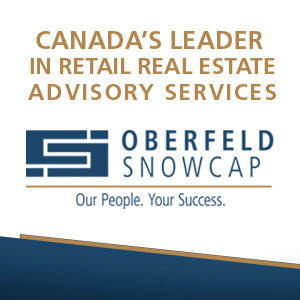 Note that location based retail is the same as that in the preceding “By The Numbers” table. It’s what’s normally reported as Canadian retail sales. Except that it isn’t. Location based retail excludes another section called Non-Store Retailers (NAICS code 454), which includes electronic shopping and mail-order houses, which in turn is where (mostly) pure play e-commerce businesses are. For the 12 months ending October 2019, electronic shopping and mail-order houses had an estimated $13.5 billion in e-commerce sales.

But that’s not the only source of e-commerce, as (mostly) bricks & mortar location-based retailers also sell online. For the 12 months ending October 2019, this group had an estimated $7.8 billion in e-commerce sales. With electronic shopping and mail-order houses, there’s a grand total of $21.3 billion in e-commerce sales by Canadian operators over the year. Note that this does not include foreign e-commerce purchases made by Canadian consumers, but it does include e-commerce purchases made by foreigners at Canadian operations.

In the final section of the above table, (mostly) pure play operators (namely, under electronic shopping and mail-order houses) generated an estimated 63.4% of all e-commerce sales in Canada, while (mostly) bricks & mortar location-based retailers’ share of e-commerce is 36.6%.

This analysis is updated monthly as new numbers are published by Statistics Canada. If you would like notification from Linkedin of when an update becomes available (and you’ve read this far), please connect with Ed Strapagiel on LinkedIn.

This analysis is updated monthly as new numbers are published by Statistics Canada. If you would like notification of when an update becomes available (and you’ve read this far), please connect with Ed Strapagiel on LinkedIn.

Despite a V-shaped recovery, some retail segments are still struggling in Canada according to expert analysis.

We may never get back to the old pre-pandemic normal he says in his monthly analysis.

Canadian Retail Sales Become A Little Less Horrible in May

Analyst Ed Strapagiel provides his monthly update on retail sales performance in Canada, noting exceptional gains from the month before.

How Canadian Retail Sales Took a Plunge in April: Strapagiel

A whopping decline was expected as stores closed for weeks, and there were winners and losers according to the industry analyst.

Ed Strapagiel goes over the StatsCan numbers for March 2020 where a 10.9% sales decline is just the beginning of an ongoing situation.

Immediately prior to the COVID-19 store shutdown, retail in Canada saw an uptick before the collapse according to analysis by Ed Strapagiel.